Progress happens when one is not content of his garden and wants to explore the world’s forests. Ignorance might be bliss at times, but sailing for years, as I did, under majestic mountains without exploring them on the simple assumption that I am a sailor and not a mountaineer, has been a crime. An even worse crime would have been persevering in this snobbish attitude while sailing in Norway.
To climb, or to hike in a general upward direction, never bothered me. Balancing steps with thoughts and breathing is never boring, seldom fatiguing and always rewarding. And the views become phenomenal. It’s the descent that bothers me, and my knees. So I decided it was high time to try ski-sailing

A beginner manual about anything starts with a ‘follow the experts, so you can avoid avalanches, being rescued if you get caught in one or if you break a knee, find tracks… much easier’. I was having none of it. I wanted to do my first skisailing trip in Norway alone. There are indeed sailors who like races, flotillas and generally mixing with crowds of more or less competent sailors, but to these I hardly relate, as I value sailing more when no other boats are around.

I found a suitable harbour where no tourist boat usually go with a public, albeit ancient, dock, and put the skis on right there.
It was an overcast day, a meteorological condition which suits the Norwegian coast perfectly, because while everywhere else this means grey, here the world turns an opaque pastel rainbow. No other skiers, no other tracks, no other people. Only silence and nature. Now, that was cool, and I will not indulge in poetic flights but there were many.

Each human has his own favourite activity to create the necessary dose of adrenaline to fend off boredom, and sure enough I am not the first and only to embrace sea and mountains, the master of all being Tilman in 1957 with his amazing expedition to the Southern Andean icecap. I also understand that many climbers and sailors strive to be the first on some peak or the fastes along a certain route. Worst of all they consider ‘failure’ all the effort produced if they do not succeed. I find this attitude unnerving, as it directs all the effort on the goal and not on the way to reach it. That is why Norway is perfect for me. Peaks are high and steep without reaching Himalayan heights or Patagonian verticality. The sea is boisterous enough without being as gruelling as Magellan. The area is lonely enough without being as deserted as Antarctica. And all lies in civilized Europe. 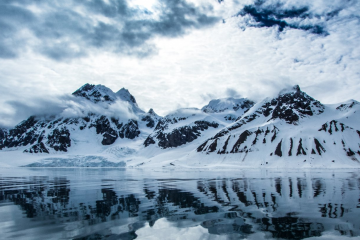 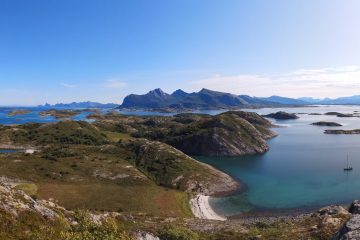 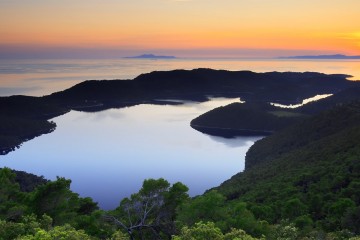