When sailing the coast of Belize you’ll have the impression to be like one of those men, sailing in older times, exploring places where few if anyone have been before. Hundreds of miles of pristine reef and desert islands for less than 30 boats. And no marinas. Yes, it’s the Caribbean, so you’ll find lots of Americans, watery beer and English spoken. But it’s also Latin America, with spicy hot sauce, colored houses, very steep pyramids and very short landing strips. And no steel bands!

When to go: November to May
Charter type: bareboat, skippered, crewed
Vessels: catamarans 44 and 48 ft
Charter rates: between 9000 and 13000 euros a week for 8 pax
Dangers: the area is mainly uncharted. Fun!
Base: Placencia, around 40 minutes flight from Belize City apt
Funny note: if you run aground on a reef, you’ll have to pay for… the reef! Easy, affordable installments according to the number of square feet of reef you destroyed. 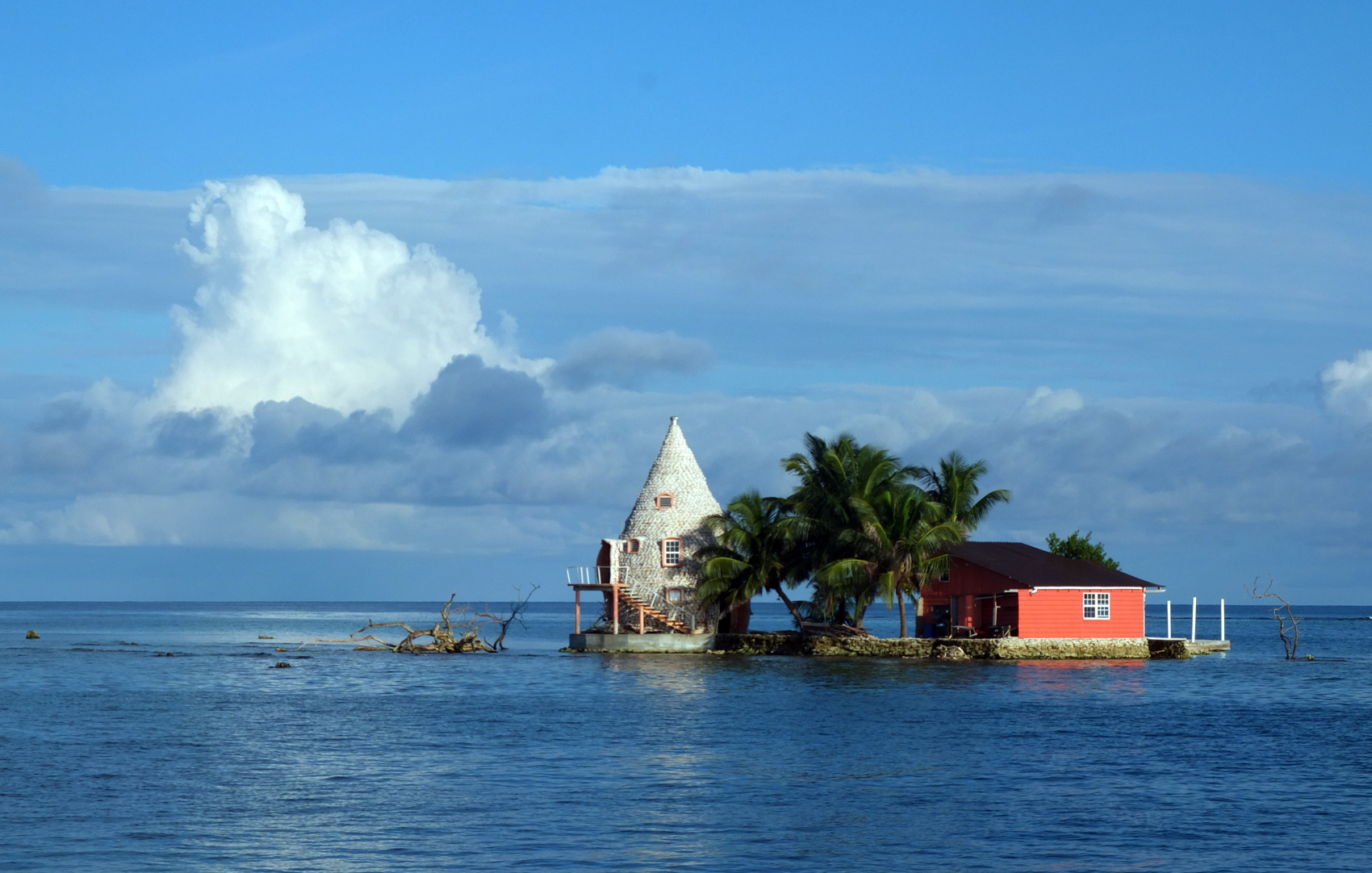 The Placencia base is quick and efficient, and thank god for that because it sits in a sheltered lagoon on the other side of the peninsula, and it would be better defined as a swamp, and swamps usually come with mosquitoes. But it takes less than an hour to get away from this cute village of colored houses on stilts to get out into a desert. Because there are so few boats and so much space that it really takes effort to anchor close to someone else. The second reason to get out is that the skipper brief lasts 2 hours and you just cannot see the time to get out. During this brief a local skipper tells you where to go but especially where NOT to go even if ok on the chart, where the bloke puts a lot of red crosses. Needless to say we decided to go where the red crosses are. The closest is Tom Owen Key (pictured above) and we anchor exactly where according to the GPS there should be land, thus explaining why the bloke put red crosses on this area. We meet a ragged fishing crew along the way, who kindly exchanged 6 lobsters for 80 bucks, with which we hope they could very well improve their wardrobe. The lobsters gave their life for us on the barbecue and were considered excellent by our lobster experts. Wine in Belize is more expensive than in Norway, but its quality is lower than what comes from Congo, so our chosen drink for lobster is the wonderful Paloma, kind of a Tom Collins with tequila instead of gin and some grapefruit with the lemon. So, caution: to eat and drink well in Belize you need to be creative! 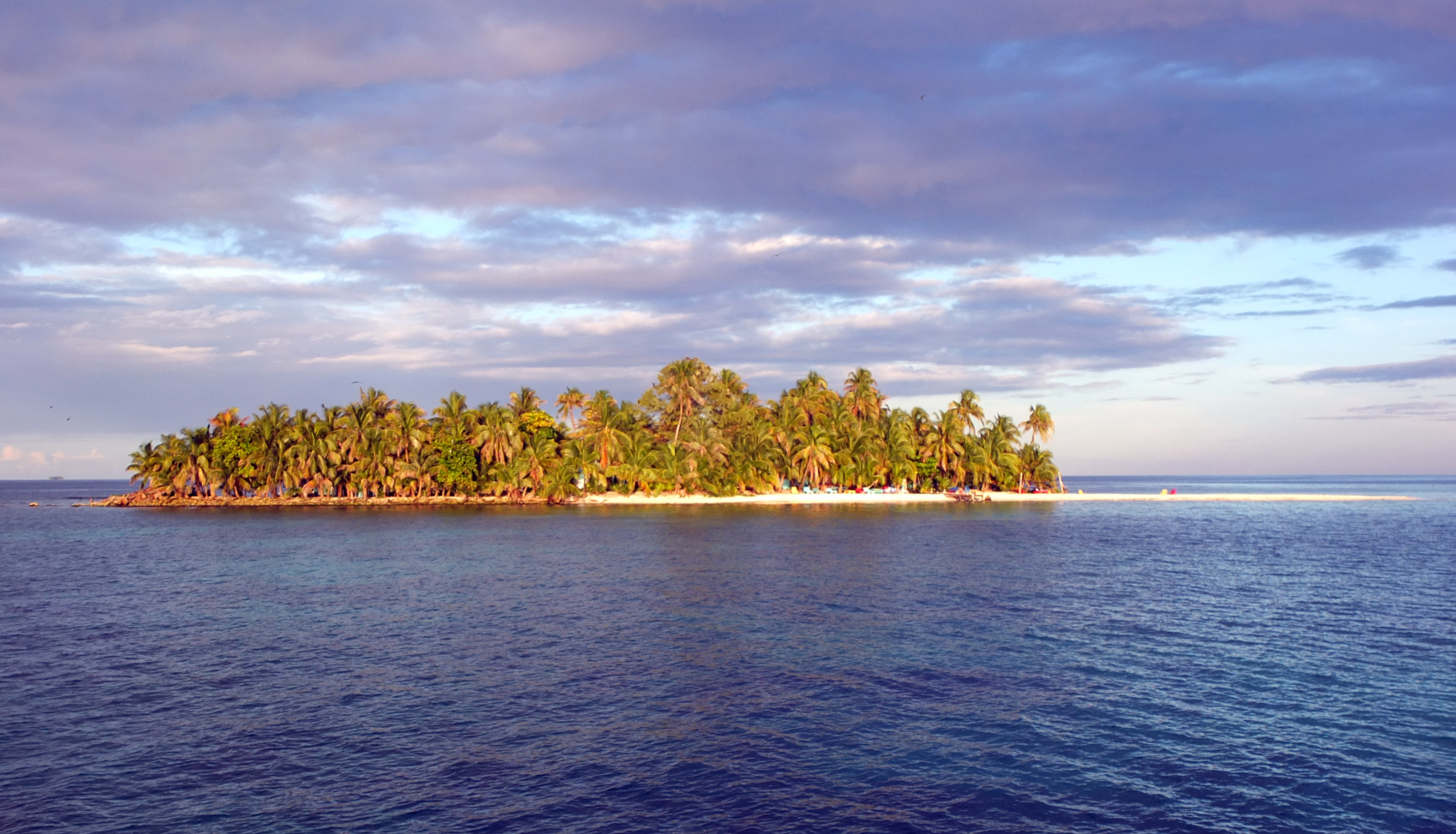 The following day starts cloudy and rainy, and we take ages to get out of the anchorage because we cannot see the reefs. So keep in mind that reefs can only be spotted in a bright sunny midday. In an hour we anchor off Frank’s Cay, just because there was a red cross on the chart. A lot off because the bottom shelves very slowly. We tour around the base where there was a scientific base, now decrepit. Great snorkeling of the reef, sun and absolutely no wind. These southern islands are the end of the reef, and it looks like it’s the end of the World too… as there is nothing around to see, apart from the peaks of Honduras faraway S. We steam back to Ranguana Key where we enjoy a perfect Caribbean-brochure-style treatment with sunset, moonrise, lobster barbecue and endless rum-based drinks until 2017 ends. Thank God steel drums did not reach Belize.

2018 begins bright and clear and we celebrate with breakfast ashore to summon rain. Wind is NW and we reach Rendez-Vous Key, a private and well groomed island, in 2 hours. Our brave crew goes exploring the islands, reported nice, where they befriend the caretakers and families. We anchor for the night very close to North Cocoa Key (red cross) reported ‘incredibly nice’ by the explorers, but which we’ll explore in the morning.

And explore we shall not. It pours cats and dogs, and blows 20 to 25 as well, so we weigh and steam into the chop. We reach Pelican Cay- no red crosses – before lunch and with the sun, and thank god for that because we badly misjudge the size of the bay, confuse one island for another one after the reef, and we nearly run over it before spotting the mooring buoys. We explore around the archipelago  in search of wild birds and animals (frigates, pelicans, ospreys and, reportedly, manatees) and we dine ‘Chez Dustin’, a Floridian expat who exchanged a sailboat for an island which is probably just 3 square feet at high tide, so that many stilts are needed. He seems mad to me but he looks happy as a clam. Wife and 4yo daughter live there as well. We hope business will thrive because one wonders how wonderful should be to live on a stamp-size island with just 2 parents at the age of 5 or 6… Menu is conch, the ubiquitous shell, which looks like an old white dunlop tyre, but if wildly hammered and fried briefly becomes soft and delicious. 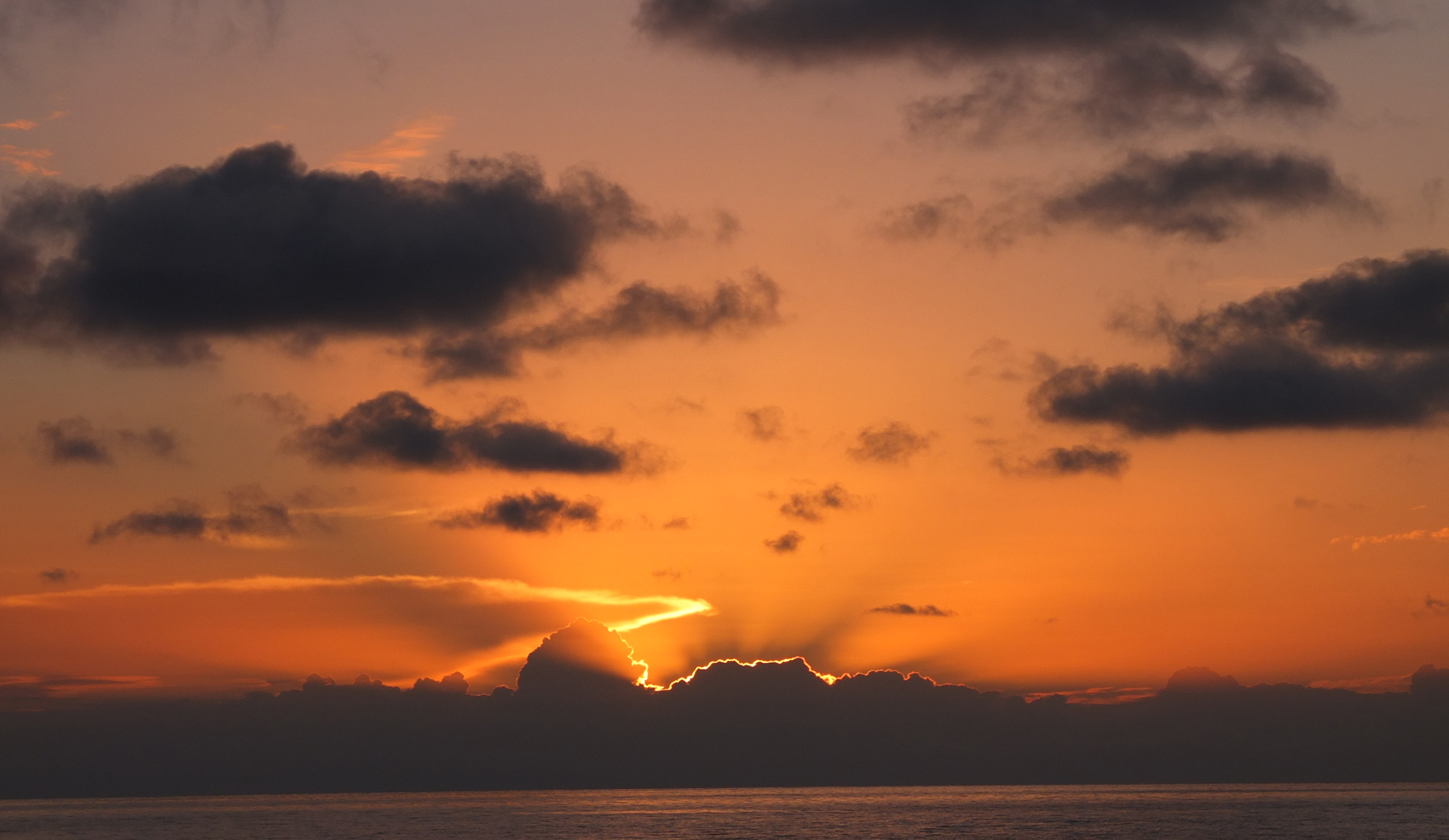 Wind still blows hard from the N so we steam into it to reach the supposedly awesome Southwester Cay. It’s definitely more lively around here, with two resorts on the same island, and a beach volley field. The restaurant is welcoming, even if a touch on the dear side, with salads served in coffee mugs ranging ten bucks each. But there are no shops around the archipelago, and it would be crazy to sail back to base just to buy for a lunch and a dinner. We sail back for the night to the Blue Ground Range, where there is a wide-true-to-its-name lagoon and the enhanced attraction of an abandoned resort to explore. Unfortunately we cannot set the anchor so we sail back to… well, basically nowhere. The whole area is just a huge green swimming pool with depths ranging from 6 to 9 feet, so we decide to anchor just between sea and sky… 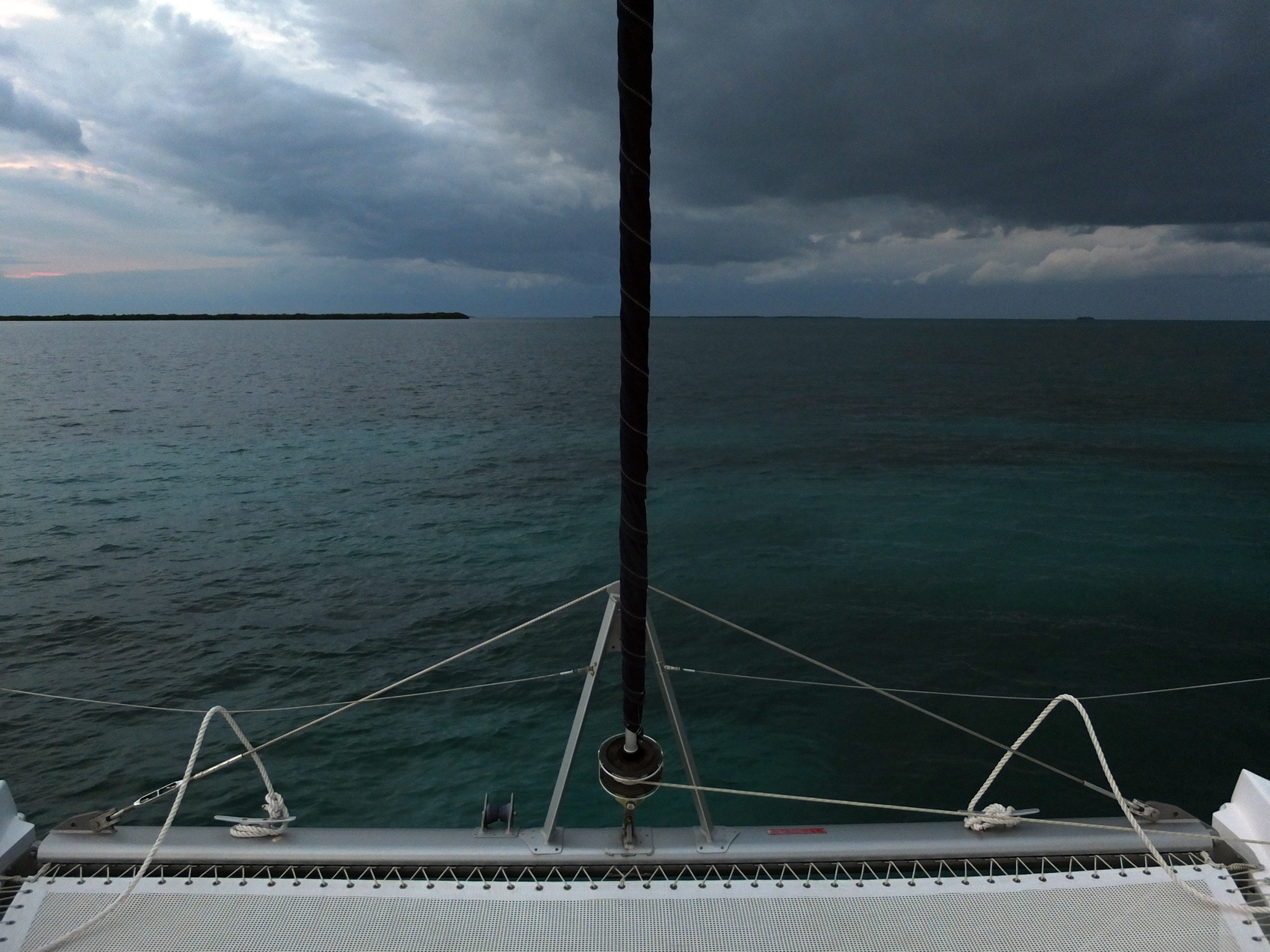 The morning brake with… well, the trades! They finally arrived, blowing from the correct NE quarter, to blow us back to Placencia.

All in all I’d say that Belize is worth the outrageous complicated flight to get there. Those who saw many islands and many waters will find something different. Mangroves, a pristine reef, capricious weather, palm islands. Still the best thing, in my opinion, is the light. Belize sun throws brighter and more intense light beams, and even the clouds are fun to see. It’s a corner of the world where you can even enjoy a dark night with awe. 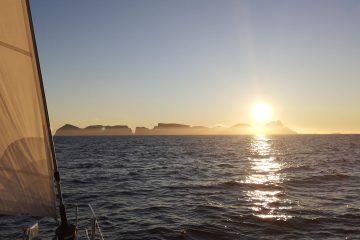 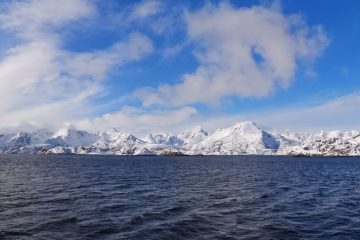 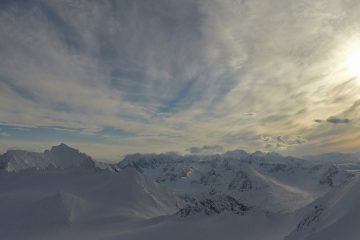